Review: The Unlikely Hero of Room 13B 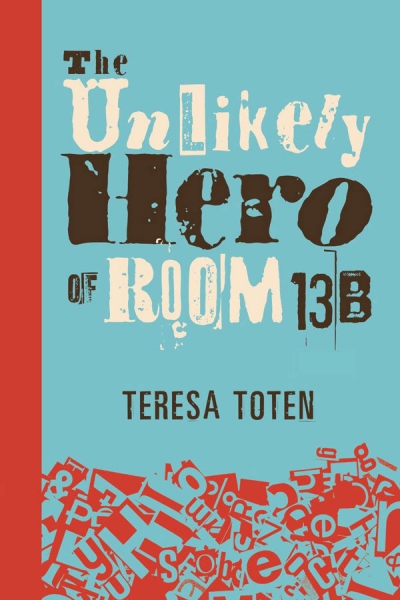 Teenagers have it rough. Their bodies are developing rapidly, their brains are growing and changing, and it’s basically all out of their control. For 14 year old Adam Ross, life is even more difficult. His parents are divorced, he has a little stepbrother who shadows his every move, and he’s trying to win the heart of his new friend, Robyn. On top of all that, he has Obsessive-Compulsive Disorder.

The minute Adam sees Robyn at a support group for adolescents with OCD, he falls in love with her. Group leader Chuck suggests that everyone choose a nickname to go by in the group; when Robyn chooses Robin, Adam immediately becomes her Batman. Adam is determined to overcome his compulsions; it seems to be the only way for him to help Robyn overcome hers.

However, fighting his demons becomes increasingly more difficult for Adam as he begins to slowly lose control of things going on around him. His four year old brother, Sweetie, is beginning to deal with his own anxiety in ways that seem all too familiar to Adam. Wolverine, a fellow group member, seems a little more interested in Robyn than Adam would like. And when Adam gets his hands on one of the threatening letters his mother has been receiving, he starts to wonder if it’s all too much to handle.

The Unlikely Hero of Room 13B has received numerous awards, including the 2013 Governor General Literary Award for Children’s Text and the CBC Bookie Award. Teresa Toten does an excellent job of making the reader feel Adam’s anxiety as his OCD-related routines start to take over his life. The novel is a compassionate look at what can often be a debilitating condition, and the story will stick around in the minds of the readers for a long time.