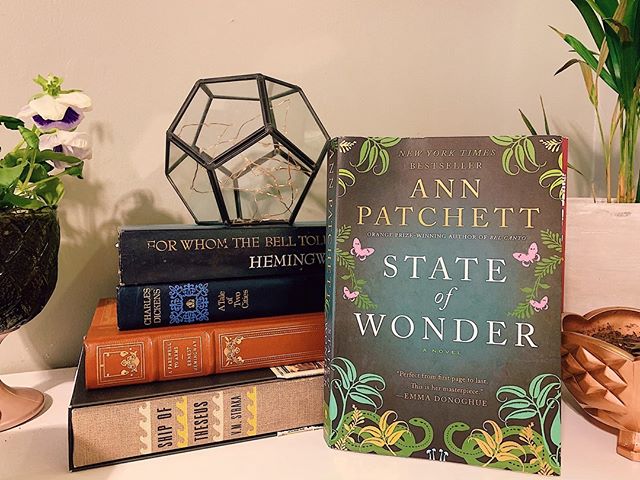 I’ve said this before, and it’s still true: the more I like a book, the harder it is to review it.

I don’t know what it is, exactly, about State of Wonder that I liked so much, but what I do know is that once I started it, I couldn’t put it down, and even when I wasn’t actively reading, I was often thinking about the characters.

The characters in this book are interesting and intricate, and not all of them are entirely likeable. I did quite like Marina; she was as brave as she was flawed, and I enjoyed her transition from the weary, scared American to someone who nearly fit in with the native Brazilians, living almost more comfortably with them than she did on her own in Minnesota.

I’m still intrigued by the story of the Martins and the Rapps, and how they allowed the Lakashi women to remain fertile for their entire lives. I was also fascinated by the description of the Lakashi and the Hummocca, and their lifestyles.

I did think that for Dr. Swenson to realize that Barbara’s vision of her father was actually Anders, still alive and being held by the Hummocca, was tenuous at best. I suppose it’s possible that she made that assumption because she was still unsure that he was even dead, but Marina certainly leapt to that conclusion and risked her own life and Easter’s on the basis of a pretty insubstantial conjecture. However, that didn’t really weaken the story for me, and I still loved it.

I rated this book five stars on Goodreads. Definitely one of my new favorites.